Warning: "continue" targeting switch is equivalent to "break". Did you mean to use "continue 2"? in /home/digitalc/public_html/wp-content/plugins/qtranslate-x/qtranslate_frontend.php on line 496
 The Mission: the British band played after ten years in Argentina 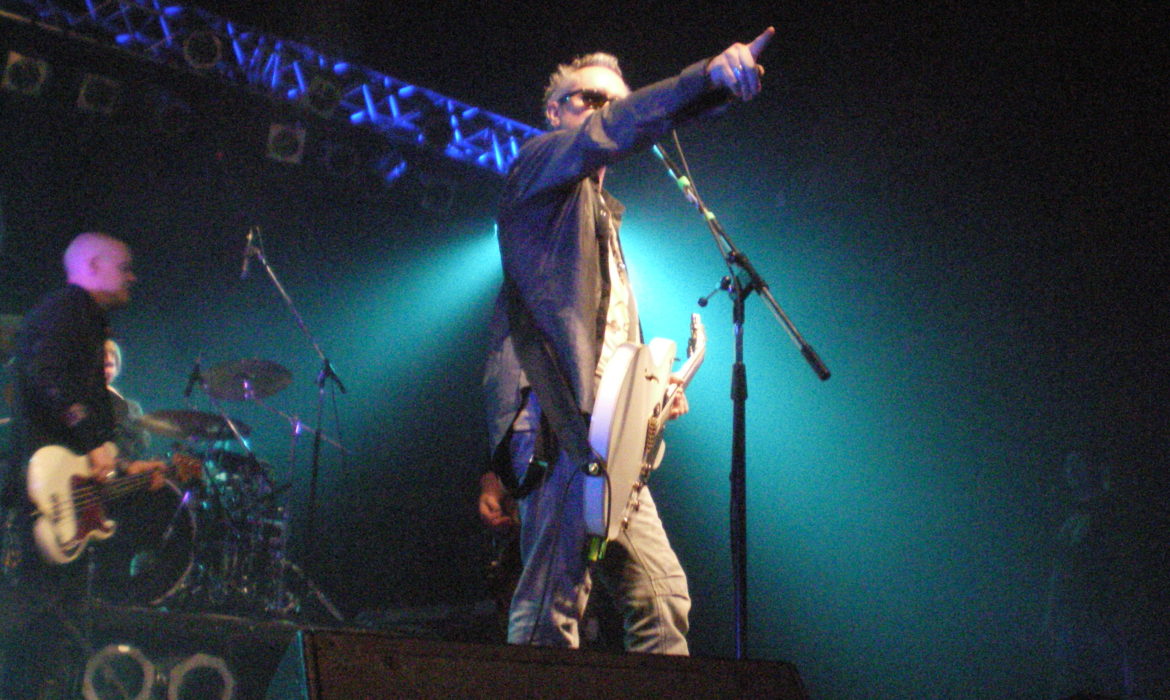 If there’s a Gothic rock band with a prestigious career: is The Mission. Celebrating their anniversary tour, the English band performed last Saturday the 26th of May at the Vorterix theater in Buenos Aires. Ten years after their last concert in Argentina, some ex-members of The Sister of Mercy returns to Buenos Aires to make their fans thrill.

The lead-singer Wayne Hussey with the original members: Craig Adams and Simon Hinkler went on stage at 9.30 pm, just after the Intro “Dambusters” began with “Beyond the Pale”; followed by the gem “Hands across the Ocean” from their album “Carved in Sand” and the boogie song “Serpent kiss”.

The band shone strong but warm though. Wayne was constantly interacting with the audience while he drank his bottle of wine. People clapped and danced along with the music: Guys and girls in black leather clothes, platforms shoes, and outrageous make-up. Definitely, the Gothic spirit was felt within those walls.

It was a special night for the frontman, “Today is my birthday” he said to the public and the crowd began to sing the happy birthday´s song.  “Now we’re going to play a song I wrote a long time ago,” he stated, and the chords of “Garden of delight” started playing.

One by one the song went out throughout the whole evening.  The classic and catchy “Severina” hit the fans. Then came “Butterfly on a wheel” “The Grip of disease” and “Wake” among others.

Simon let go his solos that unfortunately were not always well appreciated due to a very low sound of his guitar. The joy of the band was evident: “Buenos Aires I love your city, your people” shouted Wayne. Then “Deliverance” was played and the audience sang along with a capella when the microphone was offered to the audience.

Seemed the end of the show, the musicians suddenly disappeared, but a few minutes later Wayne resurfaced only with his guitar asking the technical crew to diminish the lights: “Are you all right? Do you want us to again?” And he heartily began to sing “Like a child again”.

Finally, the night ended up with great songs like “Blood Brothers” and “Tower of Strength” that triggered a standing ovation. The nostalgia of the 80’s was finally appeased, thankfully to the great musical repertoire of this British band: The Mission, during a cold night in a full theater.