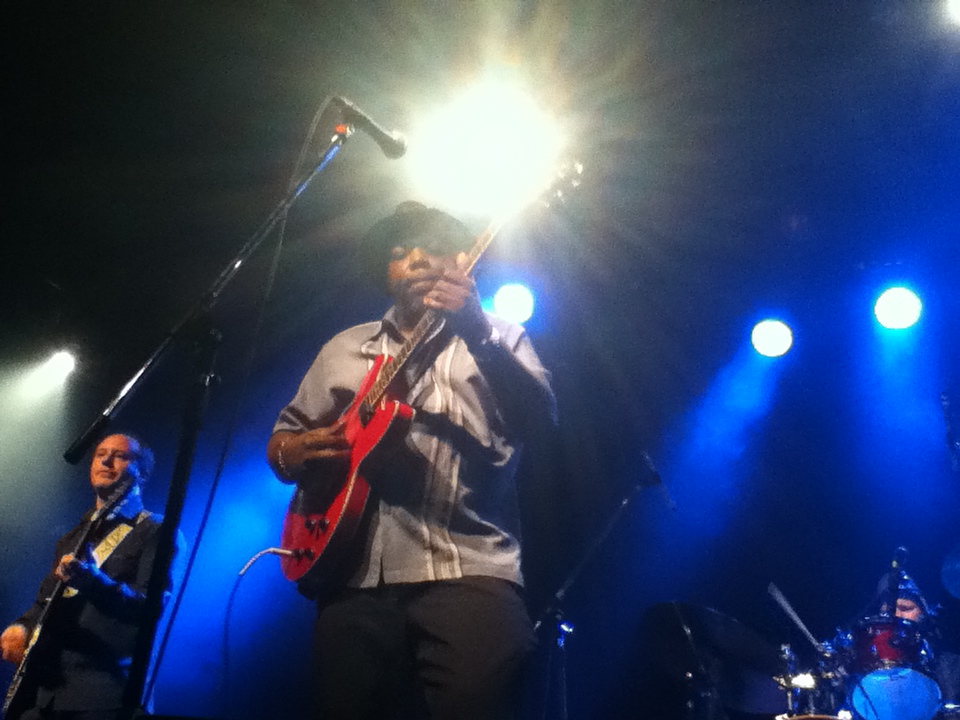 On Wednesday 22 August, with a hot weather not wintry at all, Mr. Lurrie Bell conquered the stage of “La Trastienda”. This outstanding blues guitarist, Chicago-born Chicago, and son of the harmonica legend: Carey Bell showed up on the stage at around 9.15 pm along with “Argentinean Blues Band”.

Creating a sensual and fun atmosphere Lurrie Bell presented his album “The Devil ain´t got no music”, where he mixes blues and gospel. He also played his well-known songs and shared the stage with “Alambre Gonzalez”, one of the most prestigious guitarists from the Argentinean rock scene. Afterward, while the band perfectly accompanied, Lurrie thrilled his fans with many guitar solos, uner the pentatonic scale, on his magnificent red Gibson 335.

Audience attentively listened, until all of sudden stood up and jump euphorically cheering for that bluesman, who is a more than a musician: is a living Master.

“The Devil Ain’t Got No Music” is not a pure gospel record nor is it a pure blues. It is a musical journey where both genres fit together. From the uplifting Swing Low that opens the set to the yearning Peace in the Valley to Bell’s meditative solo take on the classic Reverend Gary Davis song Death Don’t Have No Mercy, this new release plays out like many of the greatest blues recordings, showing all the emotions that life conjures. And also like the best pieces, real stories about real life behind.