Warning: "continue" targeting switch is equivalent to "break". Did you mean to use "continue 2"? in /home/digitalc/public_html/wp-content/plugins/qtranslate-x/qtranslate_frontend.php on line 496
 Colette. Film review by the ANTI-CRITIC directed by Wash Westmoreland 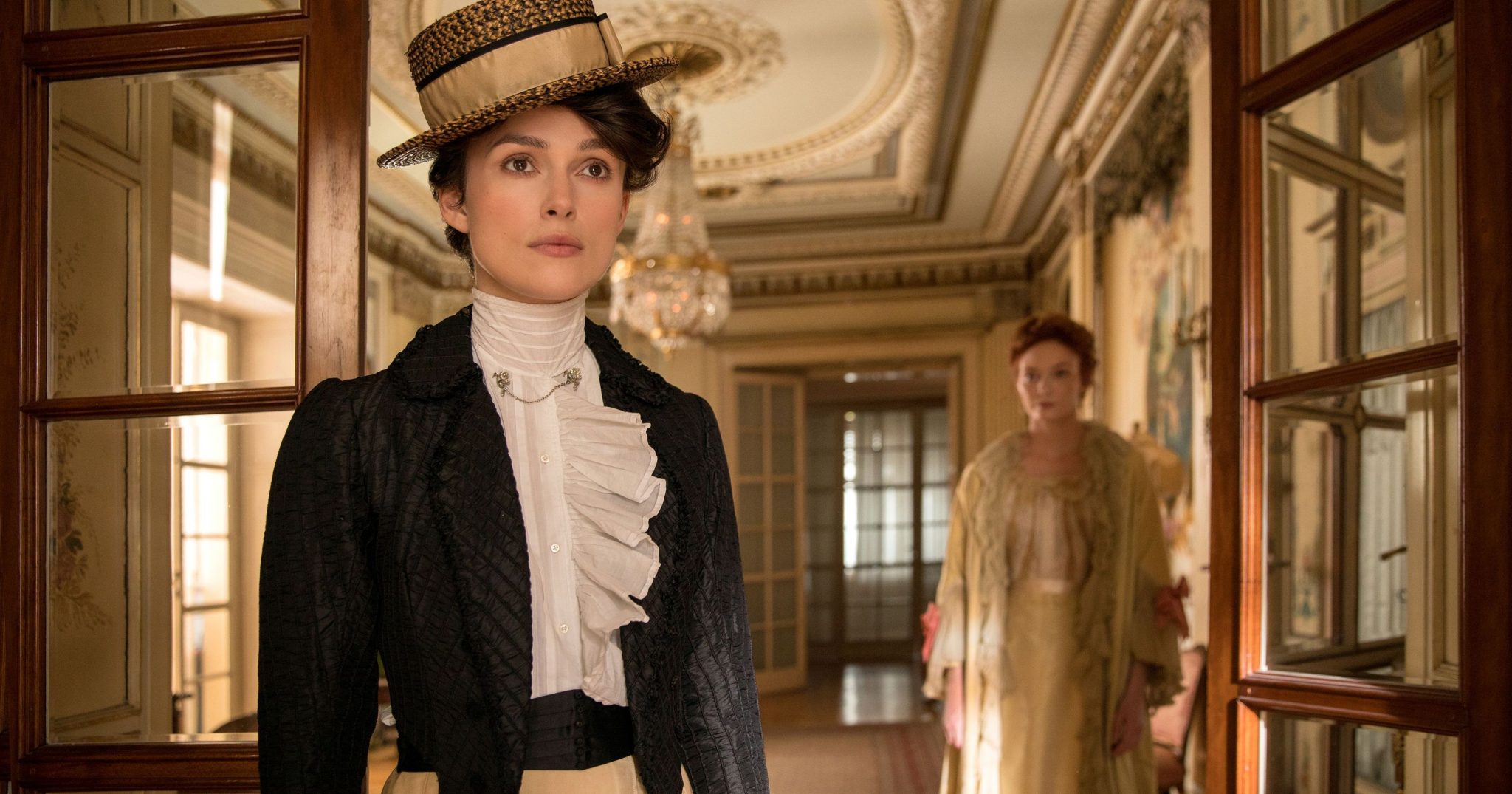 Keira Knightley, the famous movie star of historical and biopic films, once again wears these costumes for plays this time Sidonie-Gabrielle Colette. The French ghostwriter, famous for her sagas of novels “Claudine” during the late XIX and early´s XX.

The fluid storyline portrayed by director Wash Westmoreland (Still Alice) describes how Colette turns from being an innocent country girl, who is caught up in the almost romantic subjugation of her husband.  Becoming a liberal and powerful woman, who shatters many of the patriarchy’s schemes,  eventually reaching the economic and artistic independence; freeing herself to a sexual fulfillment from her bisexuality. A woman who with her presence and novels influenced whole Paris (we could say a genuine and real influencer) and becoming a feminist pioneer.

As we are used to, Keira’s performance is flawless; versatile from the subtle gestures according to Colette’s younger personality, to the strength and vigor that she had as an adult when she finally got divorced from her husband (Willy) facing her life in complete self-sufficiency. An extra bonus to Dominic West with his remarkable and eccentric performance, also, to a seamless and well-written script. Furthermore,  the brilliant directing and the cinematography. A very up-to-date film.

I worked in an independent movie channel, programming movies for 6 years. Most of my colleagues had never filmed a movie before, but even so, they believed they were the owners of the filmmaking truth: pure snobbishness which I always hated. Is cinema art or entertainment? It will always be a discussion, whereas I say both, for a vast majority it is just entertainment. That’s why each film has a purpose, and with this review, I simply hope that it works as an impulse to curiosity. Finally, you will decide if you want to watch the film or not. Ultimately… Who am I to determine choices or evaluate the filmmakers’ work? I’m just saying… I know that I know nothing. The ANTI-CRITIC